which means tomorrow is Friday.

And that, my friends, is awesome.

Last weekend I had the weekend at home [eek!]

so I decided to get into the Christmas spirit.

My SIL just bought her first house, so I wanted to make her a wreath to celebrate!

Isn’t that how you celebrate things?

so OF COURSE I made her a Jayhawk themed wreath.

On the Saturday after Black Friday.

Not my best decision.

But we have no other craft stores and I was determined to make this damn wreath.

At first I picked up some cute shiny, spriggy thingies [pretty sure that’s what they’re called]

but then I turned around and found these beauties for half the price.

They were sparkly and curly and perfect.

There were red ones, but no blue. 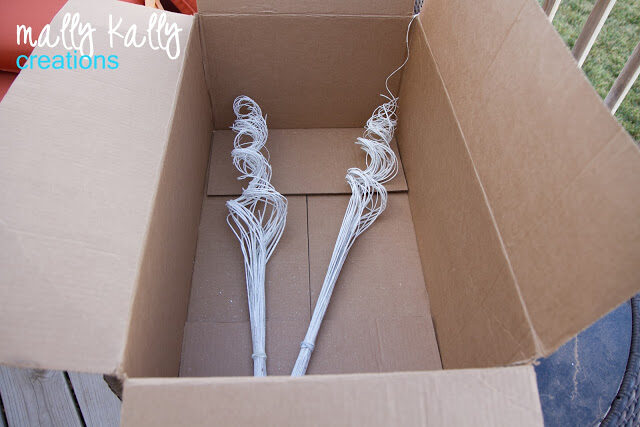 Nothing a can of blue spraypaint can’t fix. 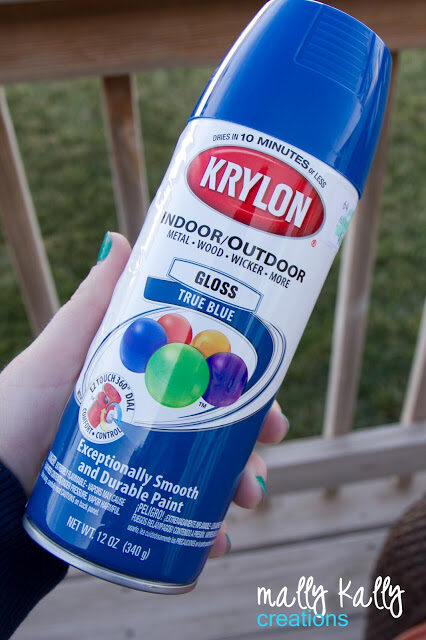 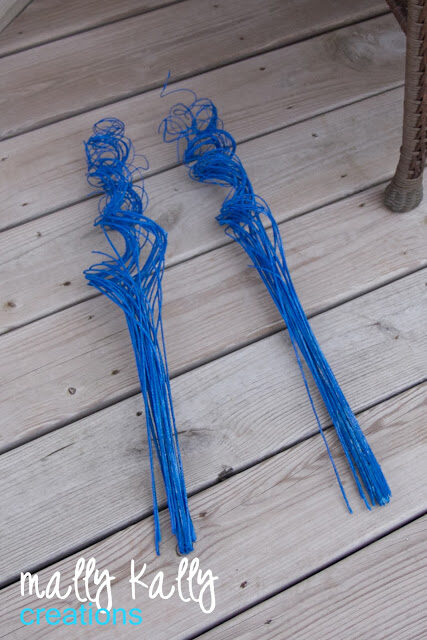 And I got some letters and spray painted them a metallic silver. 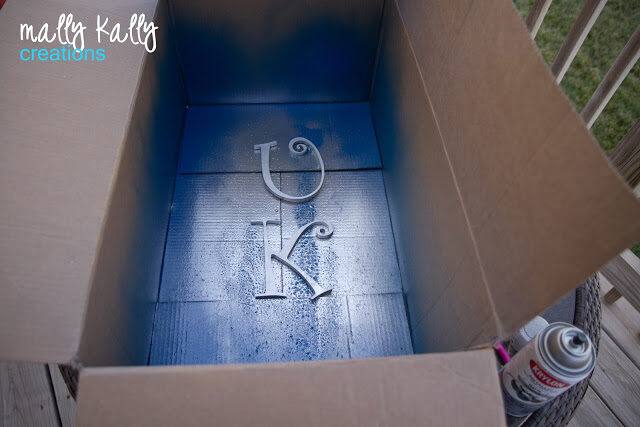 I decided to go with a twig wreath. It was a whopping $4 bucks.

And I sprayed the crap out of it with spray glitter that I had on the shelf.

I bought one of those giant things of assorted red ornaments and a couple packages of blue.

Luckily any I had left over could be used on my tree [it’s KU themed, of course].

And I got to gluing. 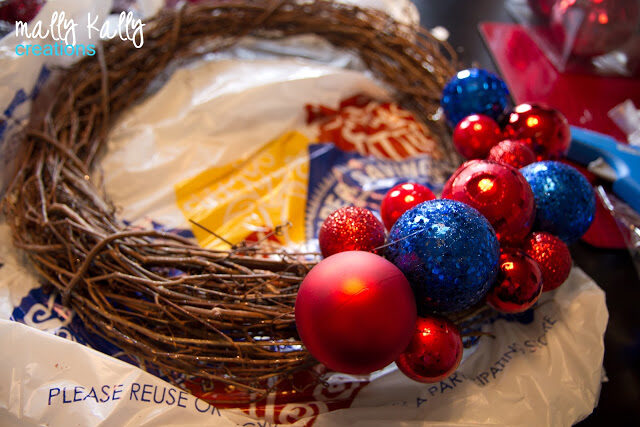 The whole project probably took me 45 minutes, if you don’t count the waiting in line at HL. 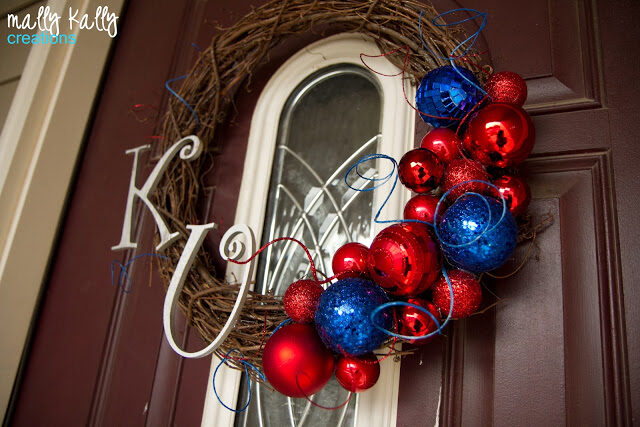 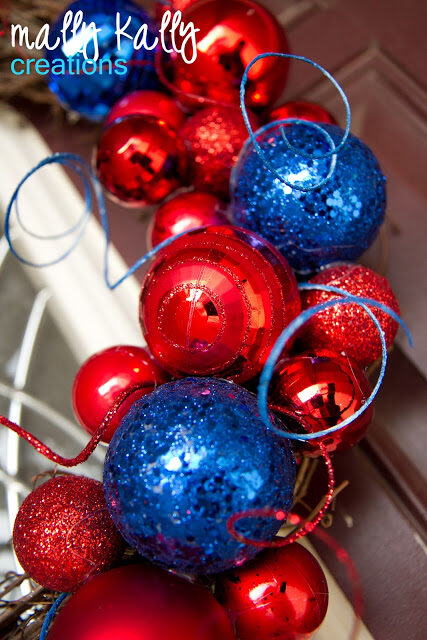 I used the left over red ornaments in my lantern.

I bought it half off, originally priced at $34.

A business donated one of these to Festival of Trees and I loved it.

Theirs was red & green, but for the sake of matching my kitchen, I just stuck with red. 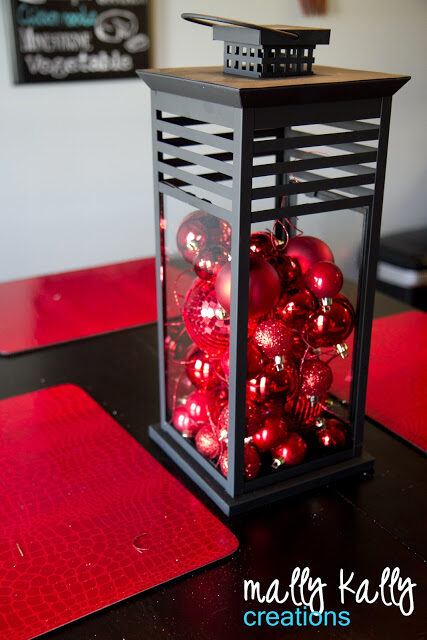 There’s really no “process” involved. Here’s my process: Throw in a bunch of ornaments and shake the lantern. Like…that’s it.

And I threw in some of the swirly things just for good measure. 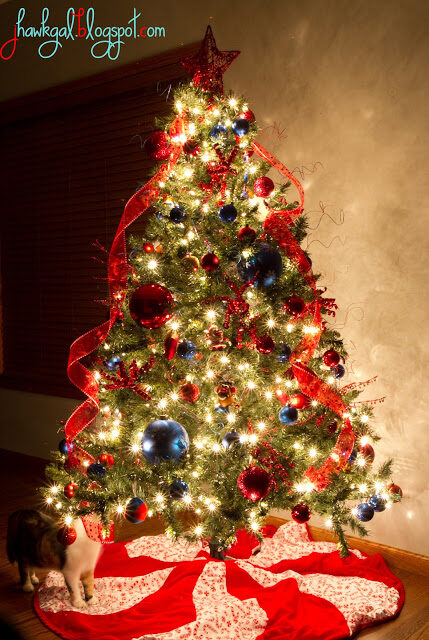 I blogged about it over at my other blahg.

The hard wood floors don’t help, either. That tree skirt stays “neat” for approximately 20 seconds, then all hell breaks loose.

So, that’s that. What are you guys doing to decorate for the holidays?