Well, actually I’ve been the stranger, not you.

My life has been consumed with our move & with Festival of Trees.

In case you’re all like…what the heck is Festival of Trees? I’ll tell you –

it’s a fundraiser that I happen to be chair of. It was this past Friday night.

So life will slow down from now on and I can continue blogging at my usual pace.

This weekend I did a whole lot of nothing.

Sunday I was a little more productive. Not that I set the bar all that high on Saturday.

Matt & I got the screen hung in the basement and everything up on the walls.

I say Matt & I, but I hung most of the stuff on the walls. I’m super ADD about symmetry so I don’t let him do that. He’s crying in a corner right now because of it.

Last year I did my first mod podge project with a bunch of KU memorabilia I had lying around.

So I made this canvas in an attempt to preserve my treasured clippings.

Plus, my sweet drawing that I got signed by the team when we greeted them at the airport after a big game.

Anyway, at the time I had another cork board filled with clippings from our ’08 championship. I had every intent to make another canvas to preserve those, but time got away from me and here I am a year later finally doing what I meant to. 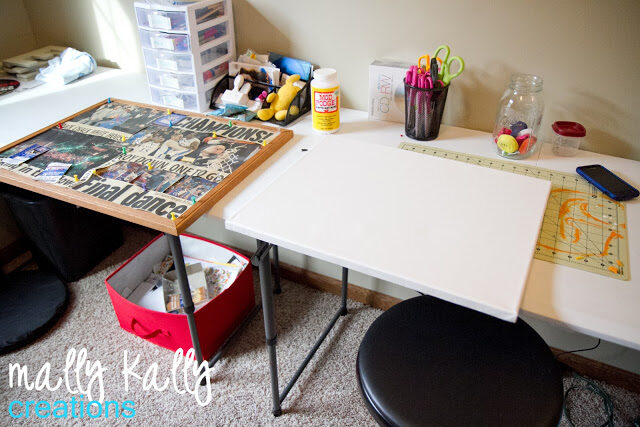 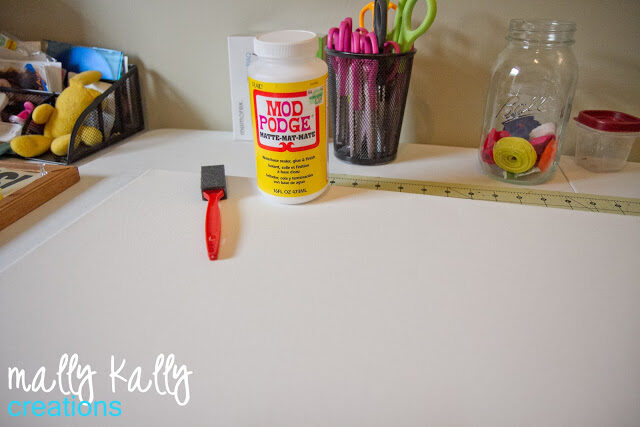 Gather your pile of clippings. 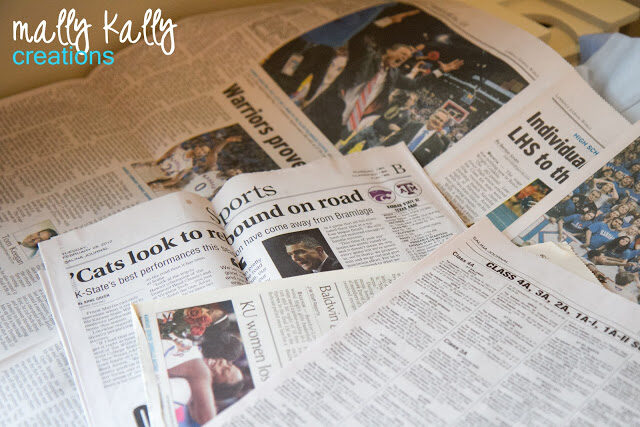 I organized the clippings the way I wanted them and then took them off again. Probably a step you can skip. 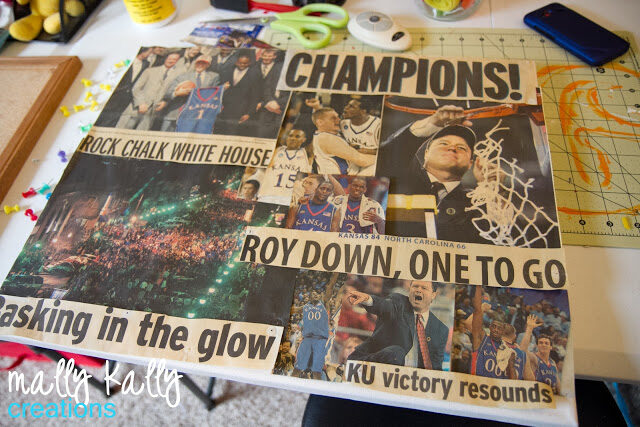 I did a large page first in case there were minimal gaps in the clips I was going to put on there. 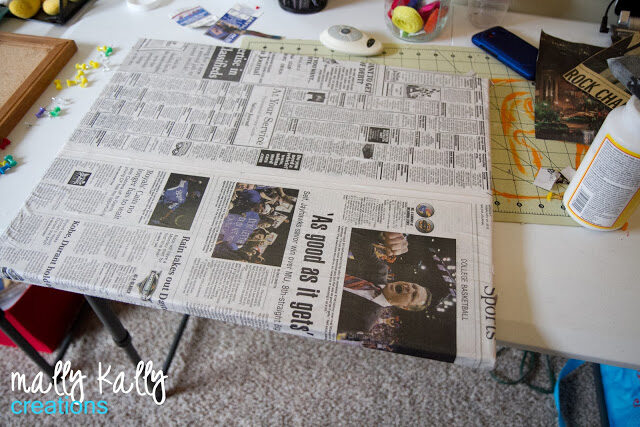 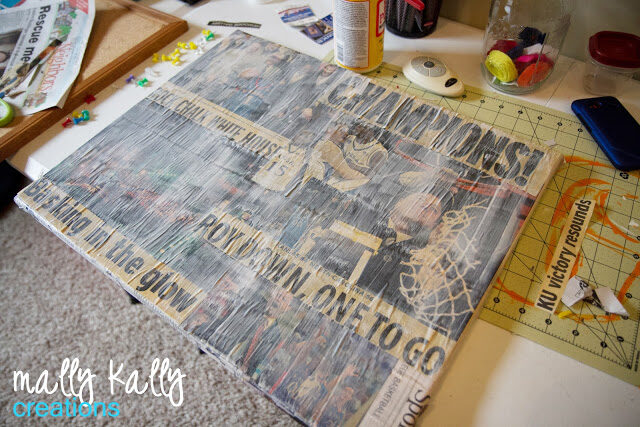 Annnnnd….get distracted by your animals and forget to take a finished picture.

I’ll get that done tonight when I take pictures of the new & improved theater room & the rest of the house.

I also have a shower curtain project I did that goes with this poster….yeeeeah, buddy.

So that’s that, kids.

Not from the dead or anything cool, but just like…back.