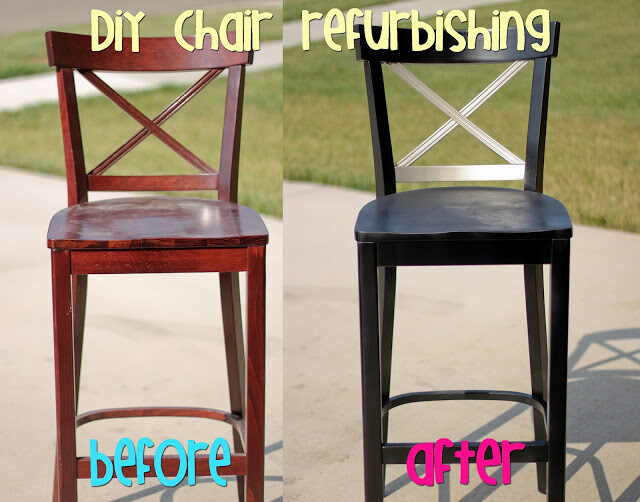 Today, I bring you a project I completed a mere 3 months ago and have yet to share with anyone.

Save for the people who have been to my house and seen the chair sitting in my garage, collecting dust.

Those people have seen it.

The rents moved into a gigantamo house this summer.

Dudes who sold it left some stuff,

these chairs being among the treasures.

They were pretty gross.

I’m sure a good wipe down and some furniture polish would have made them look new.

But let’s face it, that sounded way too easy.

I wanted to go all-out.

My original plan was to replace the bar stools we have now.

What a spectacular plan! Except that I only finished one chair.

When Matt & I were on Nebraska Furniture Mart’s site ordering appliances the other night, I told him I wanted to get a new black counter-height dining table. The table was only $250 – gorgeous, too.

And since we got the chairs FOR FREE, it was the cheapest expensive dining set man has ever acquired. 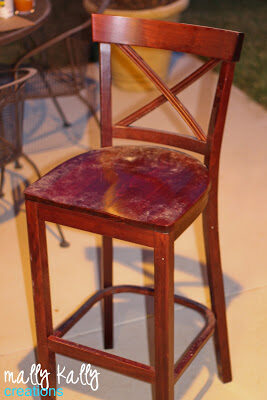 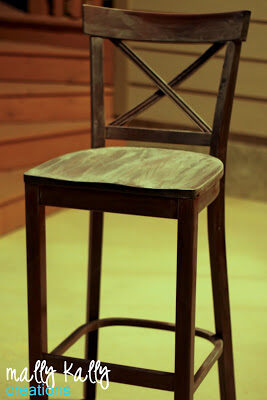 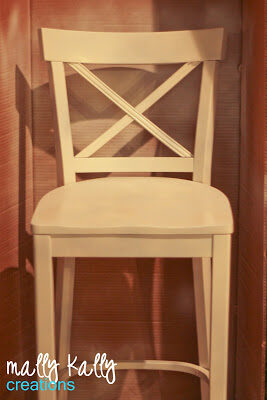 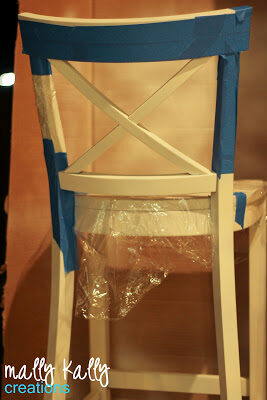 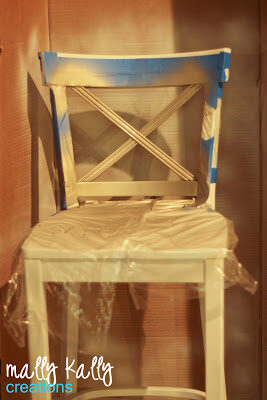 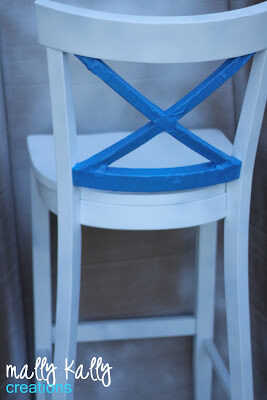 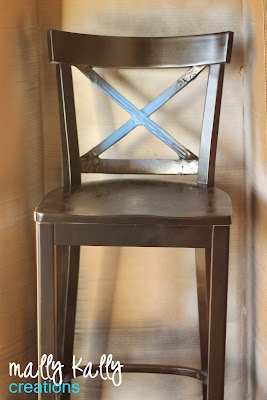 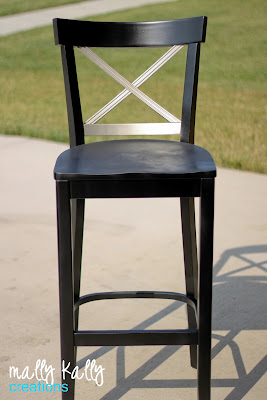 Alright, so here’s the details [I almost said deets, but realized how lame that was and retracted]:

I used spraypaint. A crap-ton of spray paint.

That includes the primer, to.

Krylon’s sales were up in June, thanks to me.

It was easy to use, but it cost double what it should have.

Matt has a paint sprayer that he used to stain our fence, so I think I’ll use that next time instead.

It will save time, as well.

I used a fine-grit sandpaper to sand, then wiped everything down.

To save a step next time, I’m not going to tape off the edges for spraying the silver. I don’t know why I didn’t think about it before, but I’ll just spray the silver on, then when it dries, tape off the silver and the black paint will cover all the silver that over-sprayed. Duh.

Sorry I just used “silver” that many times. It seemed necessary to get the point across.

I want to get these finished before we move, which seems impossible, but I think I can get ‘er done.

I have 5 chairs, but only need 4. However, I am going to finish all of them so we will have a spare in the basement in the event that we have a bunch of people joining us.

That one extra chair will really be a help.

I promise an update when they’re all finished and looking awesome.