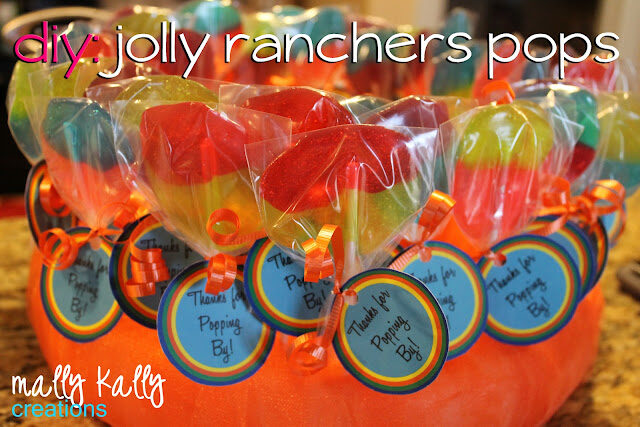 A while ago I hosted a baby shower for my sister.

The theme: She’s about to POP!

Lots of great stuff to do with a fun theme like that.

I wanted something quick & cheap for party favors, and this was perfect! 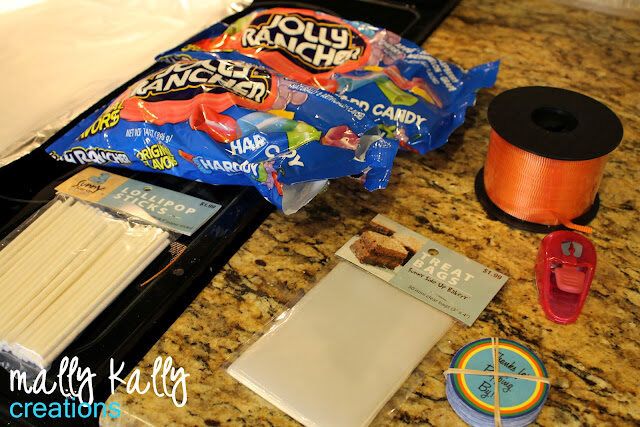 [don’t use wax paper, I tried and failed]

you can do up to 3 per pop, but I found it easier doing just two 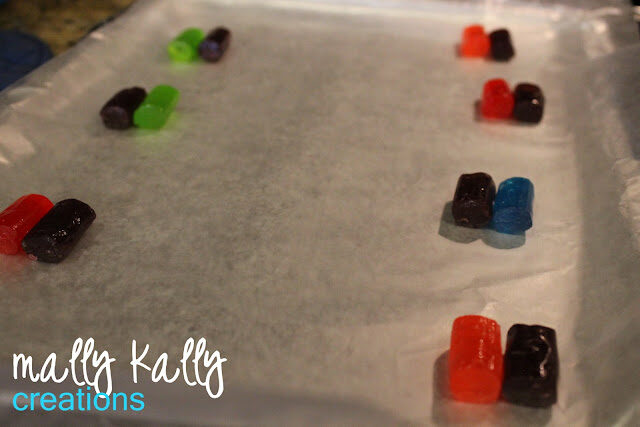 bake in oven for 5 minutes

I would recommend watching them the entire time.

I found that sometimes it look less time and others it took more.

Don’t ask me why, but you’ll know when they are done. Don’t let them melt too far otherwise they’ll be way too thin. It might take some trial and error, but you’ll get the hang of it! 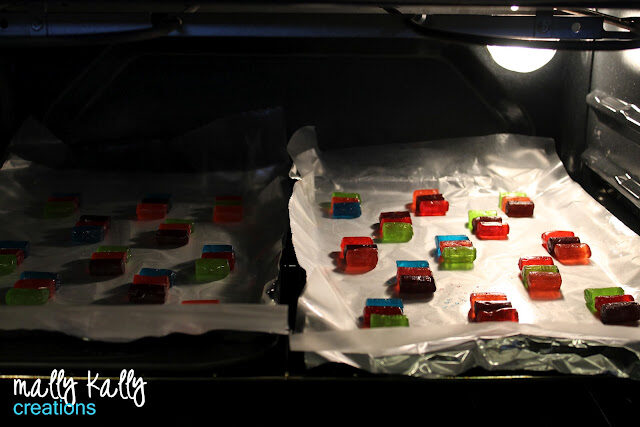 Have your lollipop sticks at the ready because you’re going to have to work fast!

put lollipop stick into melted candies, rolling to cover the end of the stick 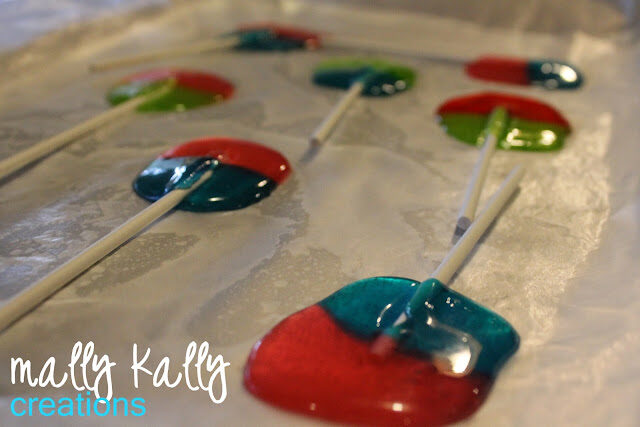 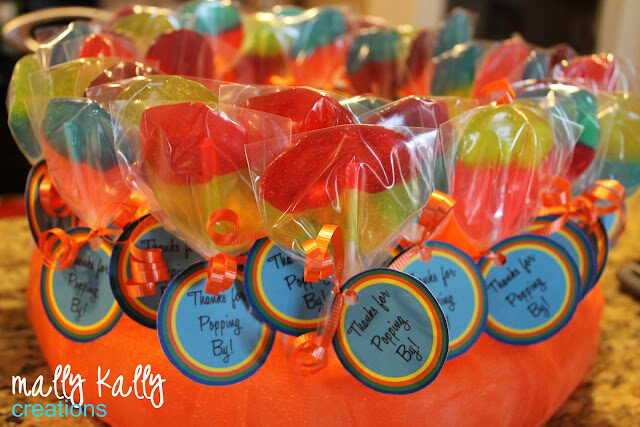 For this base, I used a styrofoam wreath and covered in orange tulle I had lying around.

I used an exacto knife to cut little slits for the pops to slide into.

This would be a super fun project to do with kids to take to a birthday party or school. I don’t have kids, so I dragged my husband into the process & we had a ball!

Matt: Let’s do this.